Not all that is seen in the TV series based on real facts is really as it is described: Narcos is one of these. Today we want to tell you the true story of the man who helped the DEA in hunting the Cali cartel: Jorge Salcedo.

As you know,this series is based on a true story, but some characters, names, places and events have been modified for dramatic purposes.

As we already anticipated, Jorge is now over sixty years old, he lives in the United States and has been in the witness protection program for about 22 years. He left his old name behind and now, despite all the difficulties faced in changing his life, he works as an engineer.

Contacted directly by Eric Newman, showrunner of the series, has actively collaborated in the creation and writing of the screenplay to ensure accuracy …

The facts described in Narcos really correspond to Jorge’s life?
In an interview held by Entertainment Weekly, our security manager confesses all that is true and all that is false in the Cali affair.
Let’s start from the first episode.

All of you will remember the death of Claudio Salazar, whose extremities have been linked to four motorbykes. This scene is not very far from reality, there was only one difference: the bikes were Land Cruisers and not Harley Davidsons. 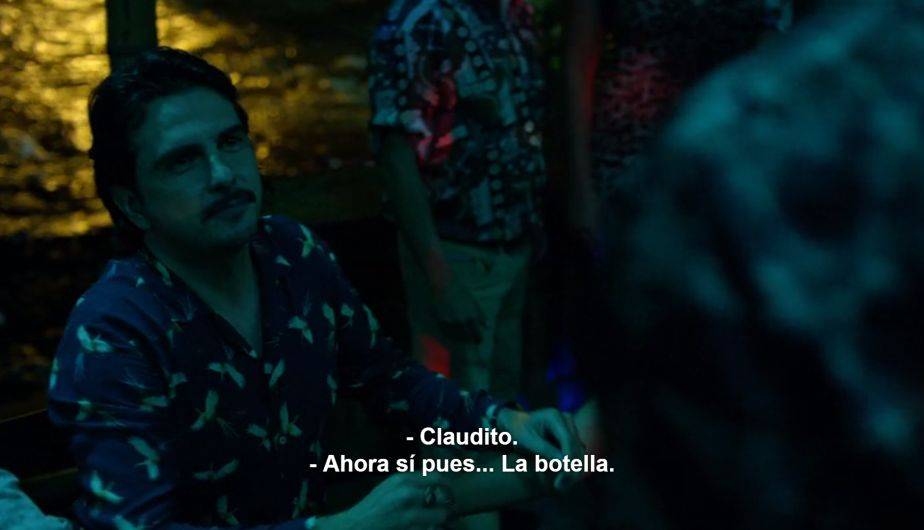 Herrera’s ranch for a meeting with Miguel. Waiting for him is David, son of Miguel, ready to show how they treated traitors.

They told me to get there first, to check that the road remained free, and so I did. Soon arrived a few cars carrying people against their will. Once inside I heard shouts, shots. I did not move from there, my job was to check the outside. But I always wondered why they asked me to be there in that moment.
Maybe it was a test.

In Narcos, the purpose of that situation is the death of Carlos Córdova and his wife after the man preferred to lie to Miguel rather than take responsibility for his actions.

Do you remember when Jorge is going to be suffocated with a plastic bag?
From what is shown, Miguel had never doubted his right-hand man until the child puts him to face the evidence, but in reality they began to stave him off some time earlier:
he was not invited to the meetings and when the DEA tried to arrest the chief of Cali for the first time, Jorge was only called when the police had already surrounded the building.

He was never killed by Salcedo. He was hiding in a bunker with his family and with an arsenal of weapons and grenades to defend himself; he would have never let himself be seen on such streets, he was a spy, a traitor and would have been killed if he had shown himself around.

One of the most difficult relationships in the whole TV series: the relationship with Daniel Rodriguez.

Little Rodriguez is the only one who really cares about the possibility that Jorge is not as faithful as he makes believe, he sees a dark side, made of lies, that the rest of the group cannot perceive.
They often meet at meetings and many times Daniel complains about his father making him work a lot and, despite Salcedo’s suggestions to leave his life as a narcos, he soon becomes an enemy.

It was unpredictable, because he had to show everyone, myself included, that he could occupy that throne.

What does Fuori Series think of it?
Despite these small dramatic distortions, it is interesting to note how people like Jorge,
fundamental for the capture and fall of the Cali cartel, must eventually live a life that is not theirs, hidden in unknown places, pretending to be ordinary people and finding themselves ordering chicken in who knows what American fast-food.